It was a really lovely two days of painting walls with participants at Tilak Vihar at the Nirvair Initiative Community Center. Artreach team was joined by volunteer Mallika Iyer to lead the intensive workshop with 25 children from the center and the locality.

Participants were ecstatic to paint a playground with their favourite sports, games and hanging out on swings and jumping on a trampoline all in a perfect field of grass with trees, ducks, cats, flowers, honeybees and butterflies! They also imagined their futures with images of a computer, children learning to paint and a girl becoming a doctor.
It was so heartening to see community members, Nirvair centre educators and many other children from the community joining in to paint with Nirvair children, each taking turns to look and admire their collaborative mural.

Nirvair Initiative is an NGO that works with children and women displaced by the 1984 Delhi riots, now living in Tilak Vihar.

Livingstone is an artist, educator and social worker from Ghana. To kickstart the session, he shared a video about Chale Wote Street Art Festival, celebrated every year in Accra, Ghana which children took inspiration from. With much curiosity, they asked various questions about what street art was, where is Ghana located, how were the paintings done on the wall and if other countries in Africa also celebrated such art festivals.

We together decided to fill the wall space with trees, birds and animals they see around and love. We also looked at images of birds and trees that are found in Delhi.

After drawing their ideas on paper, we began composing them together on the wall space using chalks.

Participants learnt how to draw on the wall, mix colors, use different sizes of brushes, outlining and detaling and slowly took charge of the painting.

By the end of the second day, the walls were transforned into a beautiful landscape inhabited by birds and animals.

When asked for a feedback in the end, one boy shared ” I loved painting on the wall because it made me feel less lonely”.

After months of online workshop, Artreach team went back on-ground with an exciting mural painting workshop at Shikha Trust, Old Delhi. The painting continued for three days with 20 young women and teachers from the centre. On the first day, we sat together and brainstormed ideas for the painting. We imagined how they would like to transform their learning space, and slowly created a garden filled with dreams. Participants drew on paper, what they envisioned on the walls. In their drawings, they depicted the things they love to do, places they wish to visit and beautiful animals and birds. The next two days were spent painting on the walls.

At the end, everyone shared what it is that makes them most happy about their mural, and how they’d love to continue adding to it over time! The workshops like this reiterate to us how much creative engagement means for the mental and emotional well-being of children and young people, and how the joy it creates can nurture learning environments. Thank you to Shiksha team, teachers and participants for having us over for the workshop.

Ita Mehrotra from the Arteach India team led two days of Intensive book making workshops with our partnering school Loka, in Manikpur village, Bihar. It was incredible to reconnect from afar and be able to share stories, new skills and build a small library together with the participants in the online workshops.
Each participant created a thread bound original book, with visual stories based on close observations of particular trees around them. We also played visual games and sang together.

‘I learned not to be afraid to make a drawing freely; no need to copy. If it goes wrong it’s okay -leave it. Don’t think about right and wrong. Just try.’ – Sandeep

Artreach team along with artist educator Akshay Sethi led a week long intensive workshop with 25 children from a government school in Dhauli village, Tonk, Rajasthan and 2 local youths. The workshop concluded in two large murals on the school wall and construction of a playground!

The final production marks a visible transformation in not just the space, but the ownership of it, for those involved, especially the girls who took lead of much of the process. It is their dreams, aspirations and imagination that now expand across their school, filling the space with hope and inspiration for a long time to come.

On the first day of the workshop, participants were asked what they enjoy doing most.
We asked all of them to draw what they liked doing, surprisingly most of the girls drew
boys kicking footballs or teaching in a classroom. One very bright girl from the group
however shared that she loves kicking a football, and wishes to wear shorts and sports
shoes and to play freely. We collectively decided to take her idea and to transfer it onto
the large facade wall of the school, facing the main road.

Over the initial two days, Anarya and Akshay shared illustrated stories about inspiring
women from different profession fields – painters, scientists, mountain climbers etc. This led to many conversations on gender roles, work and aspirations and slowly by the end of the day we had drawings of girls in capes, kicking footballs, flying, painting and also in a suit going to the office with a briefcase. An open space for dialogue and trust was created through this process.

The Artreach team started painting the two large murals with a few demonstrations, and soon the participants were able to take charge, brainstorming ideas, drawing, painting and adding details to the wall on their own. There was constant facilitation and guidance by the team, throughout the process.

While the murals were on-going, the team worked with local youth and welders in
constructing animal forms and a large monkey bar out of metal junk and a tyre
installation, which were then painted by students.

This project was in partnership with ipartner India.

We began our New Year with a vibrant mural painted on the outside wall of Katkatha puppet studio in Tughlaqabad, Delhi. Artist Mike Benevenia showed the participants lots of books and images of plants found in Delhi.

Participants came up with the idea of transforming their lane into “Sapno ki Gali” (a lane of dreams). They filled the wall with various plants, flowers, animals, out of the world creatures and children in the midst of this wonderland. 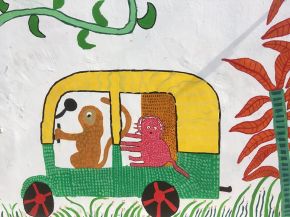 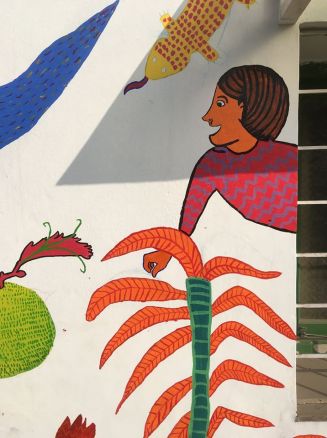 We discussed about environmental threats to the biodiversity of Gurgaon and participants created drawings re-imagining the city, where humans and animals co-exist. Avinash also introduced them to the vibrant Madhubani painting style from Bihar.

Together they created this beautiful mural painting on the school wall.

Over two intensive days in August, Ita Mehrotra from Artreach India team worked with twenty participants both from SAN-KER center at Shillong and from Reach NGO. Participants made beautiful nature studies, collective drawings in teams and their first comics based on super powers that would let them achieve their dreams, that ranged from saving children to having flying horses that could ride them anywhere!
We are grateful to Dr. Sandy and his team for hosting and assisting us lead the workshop and to Khublei for making this happen.

SAN-KER is a Shillong based charity that provides mental health care for all. Reach NGO works with children off the street. This workshop was in partnership with Khublei. 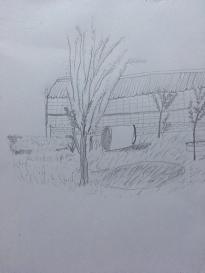 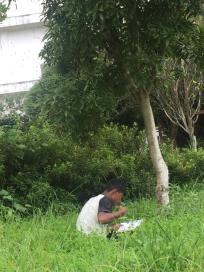 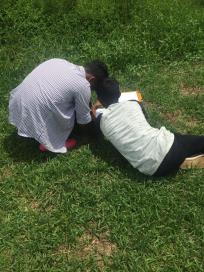 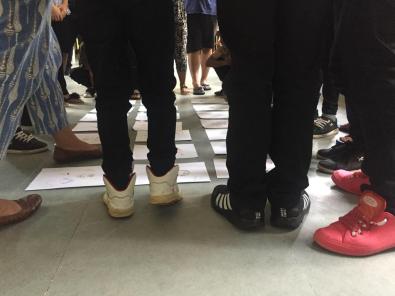 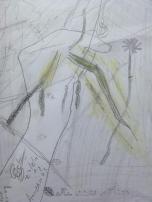 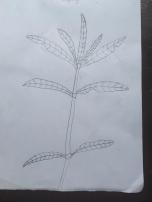 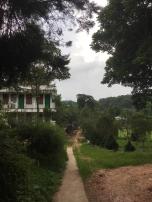 Delhi based visual artist, Akshay Sethi led a 3 days mural painting workshop with 30 children from Tara Outreach Center (https://www.taraindia.org/fr). It was a fun filled experience for the kids. They started with playing theater games, imagining to be an object of their choice and acting out it’s movements. Children then created their very own characters out of objects they use in daily life.

Together they came up with stories about angry sharpener, broken pencil, a TV who wants to sleep and a plastic bottle drinking an entire river. 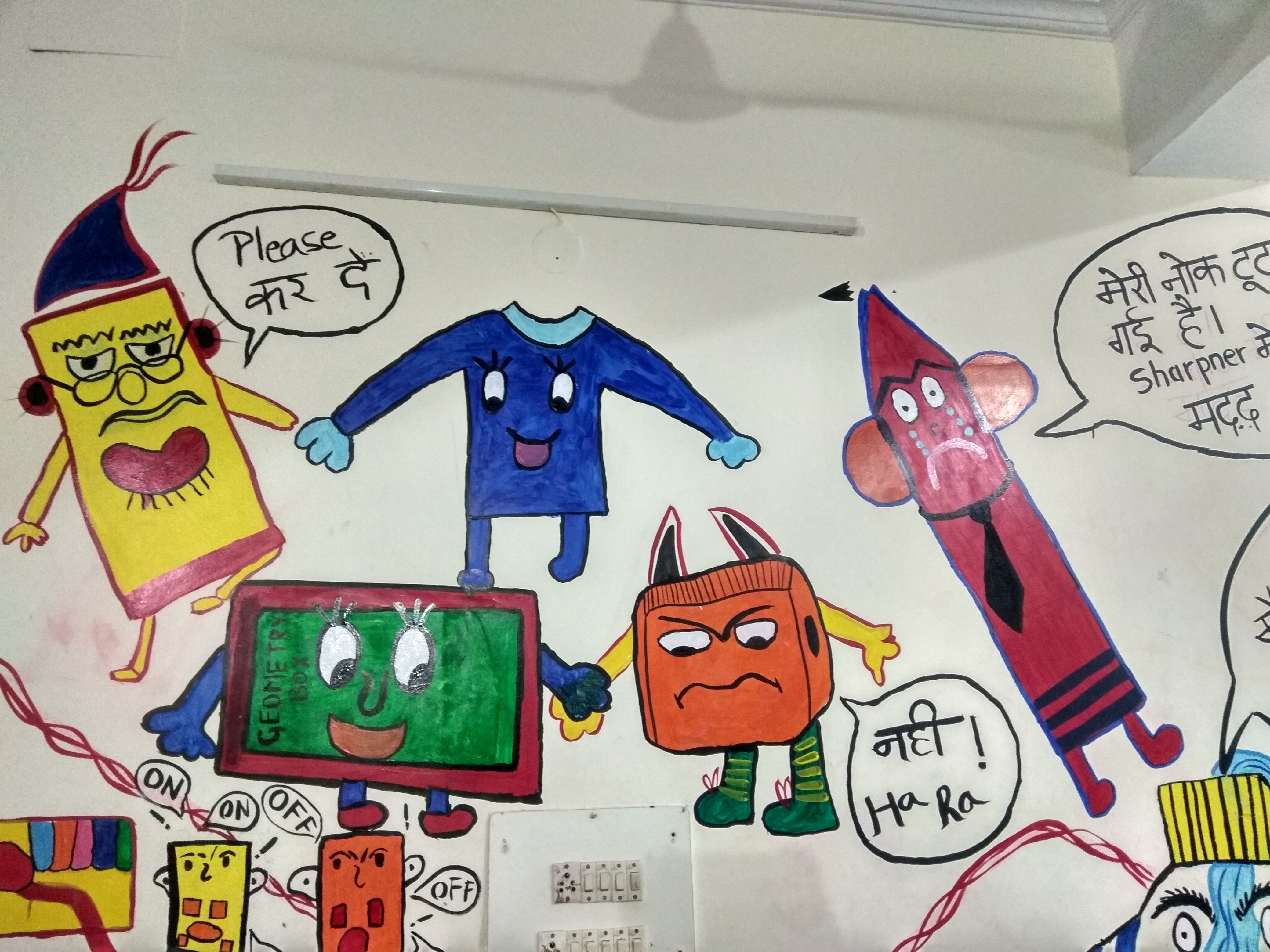 10 boys from Place of Safety, Juvenile Home painted breathtaking mural painting, reimaging Delhi, in which a clean Yamuna flows through green fields and an elephant and a peacock are enjoying the view. We can also see metro crossing in front of distant Qutub Minar.

Artist Prasoon Poddar led the 2 days mural painting workshop, which has transformed the space entirely inside the Juvenile home.

We are grateful to The Yuva Ekta Foundation for inviting us into the home to work with the boys. 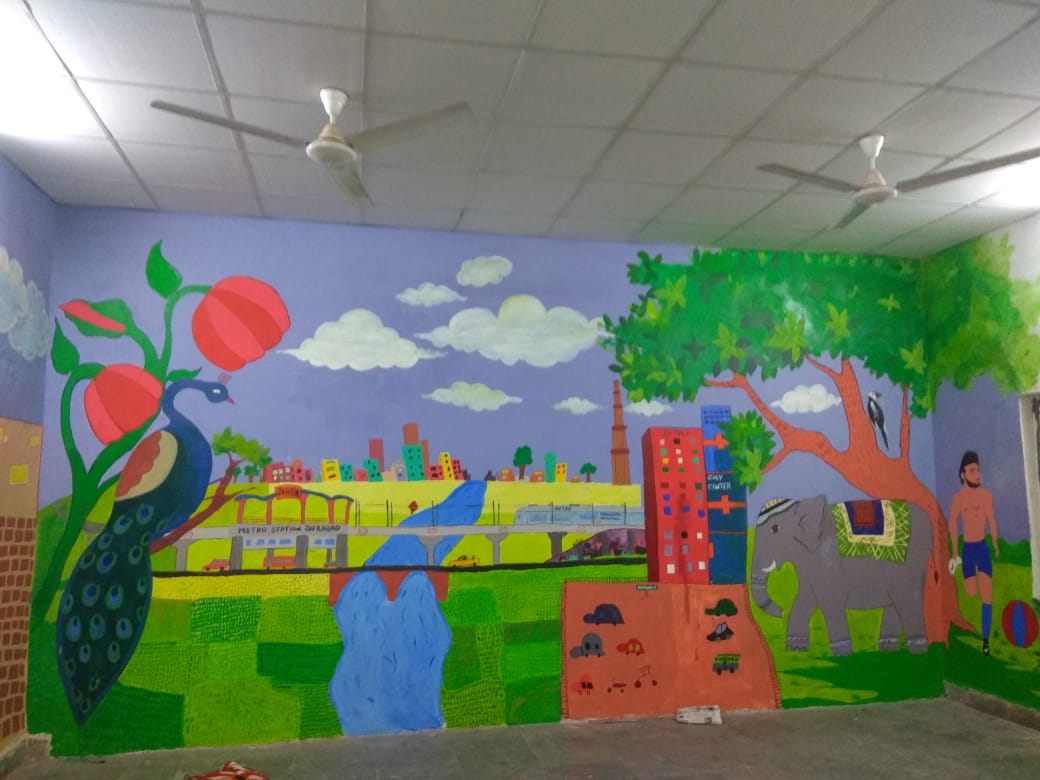 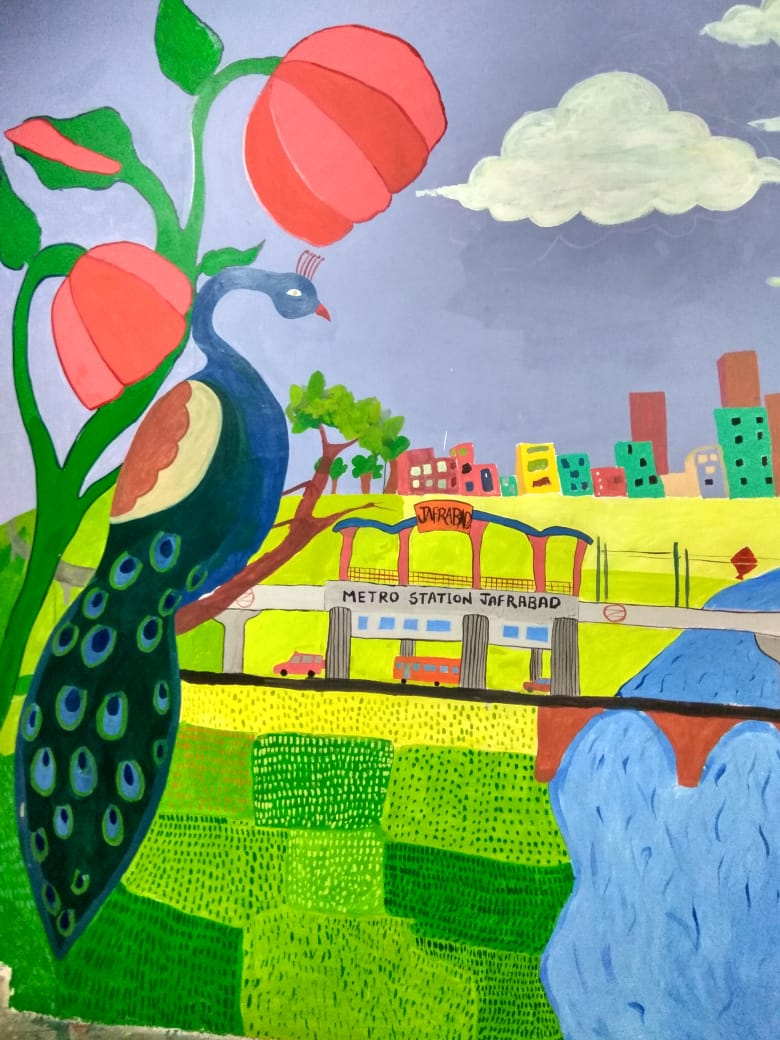 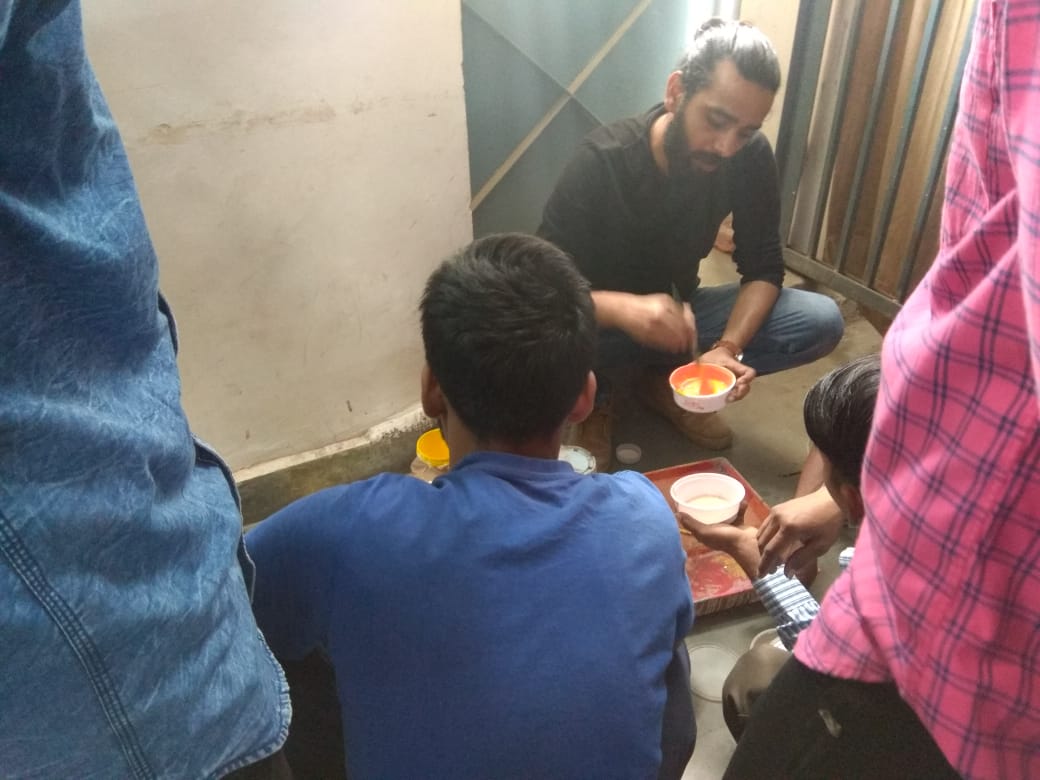 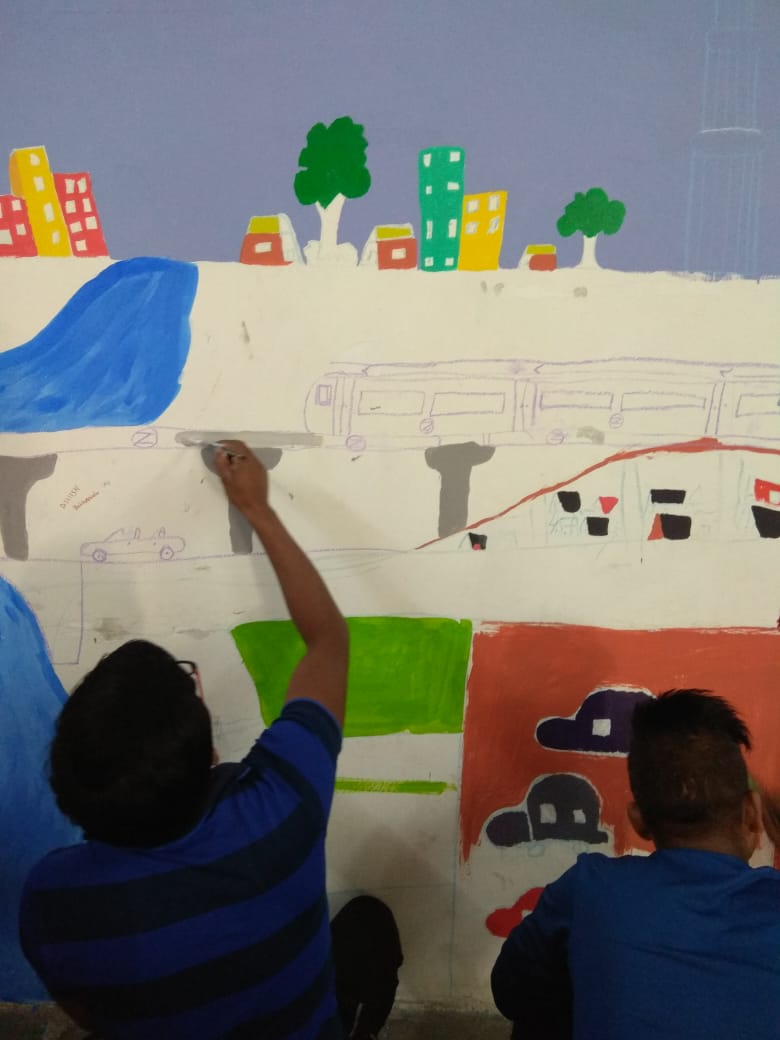 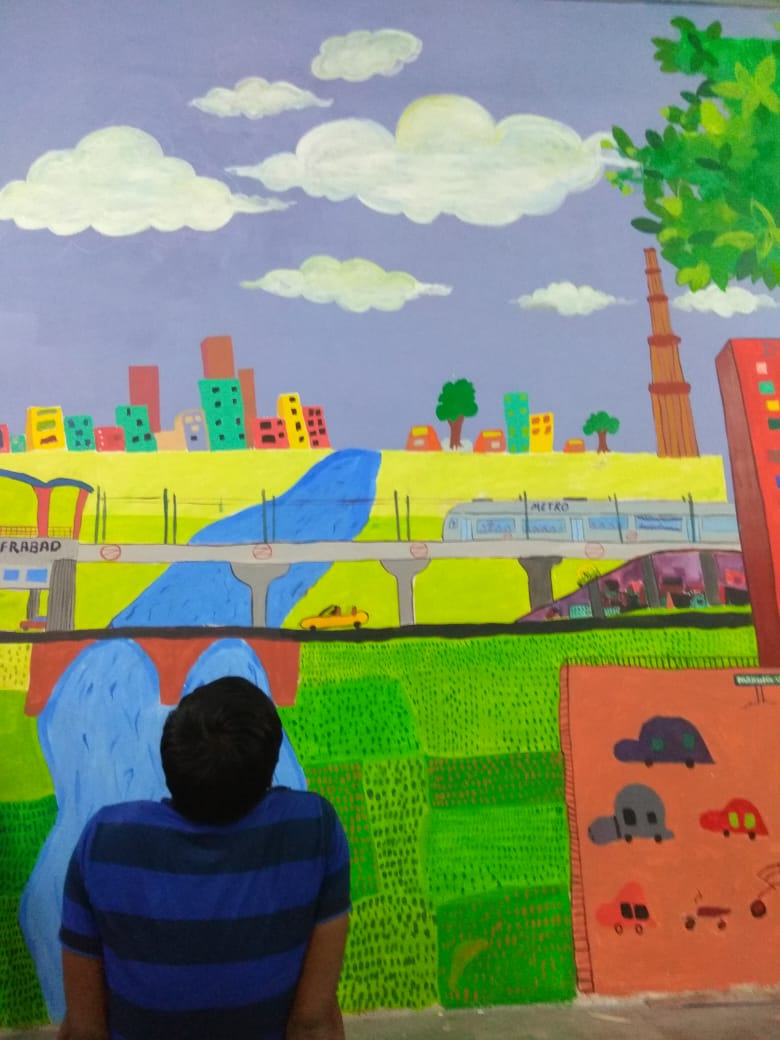 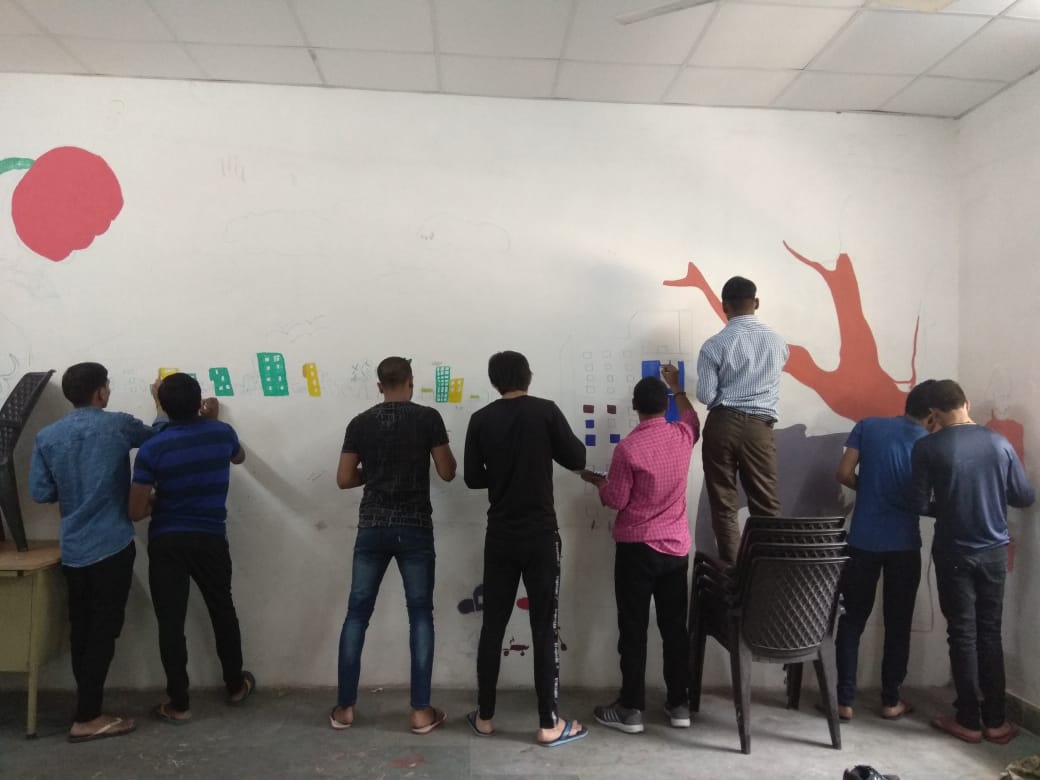